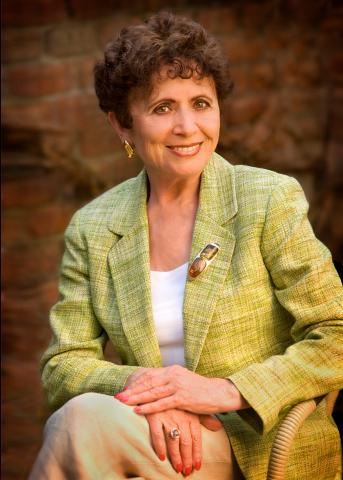 Join us as we welcome Irene Miller, a Holocaust survivor, author, speaker, and educator who will share her story of courage, determination and perseverance.

Irene  will take you on a survival journey little written and known about. You will sleep in the winter under an open sky on the no man’s land; you will freeze in a Siberian labor camp where the bears come to your door front. In Uzbekistan, you will live on boiled grass or broiled onions, and shiver with malaria. You will spend years in orphanages. When this is over you will wonder how a child with this background grows up to become a positive, creative, accomplished woman with a joy of living and love to share.

It is a story of courage, determination, perseverance and the power of the human spirit.

Irene's Book, Into No Man's Land: A Historical Memoir, will be available for purchase at the event.

Many thanks to the Isabella County Commission on Aging for providing the space to host this event.

Irene Miller Is a retired healthcare executive, her positions included; hospital administrator, developer and administrator of the first federally qualified HMO in Michigan, Director of mental health for Livingston County, Director of Mental Health, Detroit Osteopathic Hospital, Director of outpatients and inpatients treatment centers for drug addicted and dual diagnosed women and their children, Detroit Medical Center,  consultant etc. For a year she served in Washington DC on an advisory committee on issues of drug addiction in women and children. For two years she was a public school teacher in Israel

In retirement, Irene is a docent and speaker for the Detroit Institute of Arts, a mediator in courts, serves on the Board of Directors of the American Jewish Committee, the oldest civil rights organization in the US, and speaks regularly at the Holocaust Center. Since the University of Michigan, Dearborn published her book, INTO NO MAN’S LAND; A HISTORICAL MEMOIR, Irene has been in demand as a speaker; in schools, universities, libraries, adult educational centers, churches, military,  labor unions, keynote speaker at various large events in many states in the US and also in Canada. The book has been used by many book clubs and book discussion groups.

She has been written up in in many newspapers, and interviewed on radio, and TV programs.

PBS documentary “Irene: A child of the Holocaust" had its premier December 4, 2016.

Irene lived in a number of countries, travelled extensively, and speaks six languages. She is a positive, energetic woman with a joy of living and love to share.