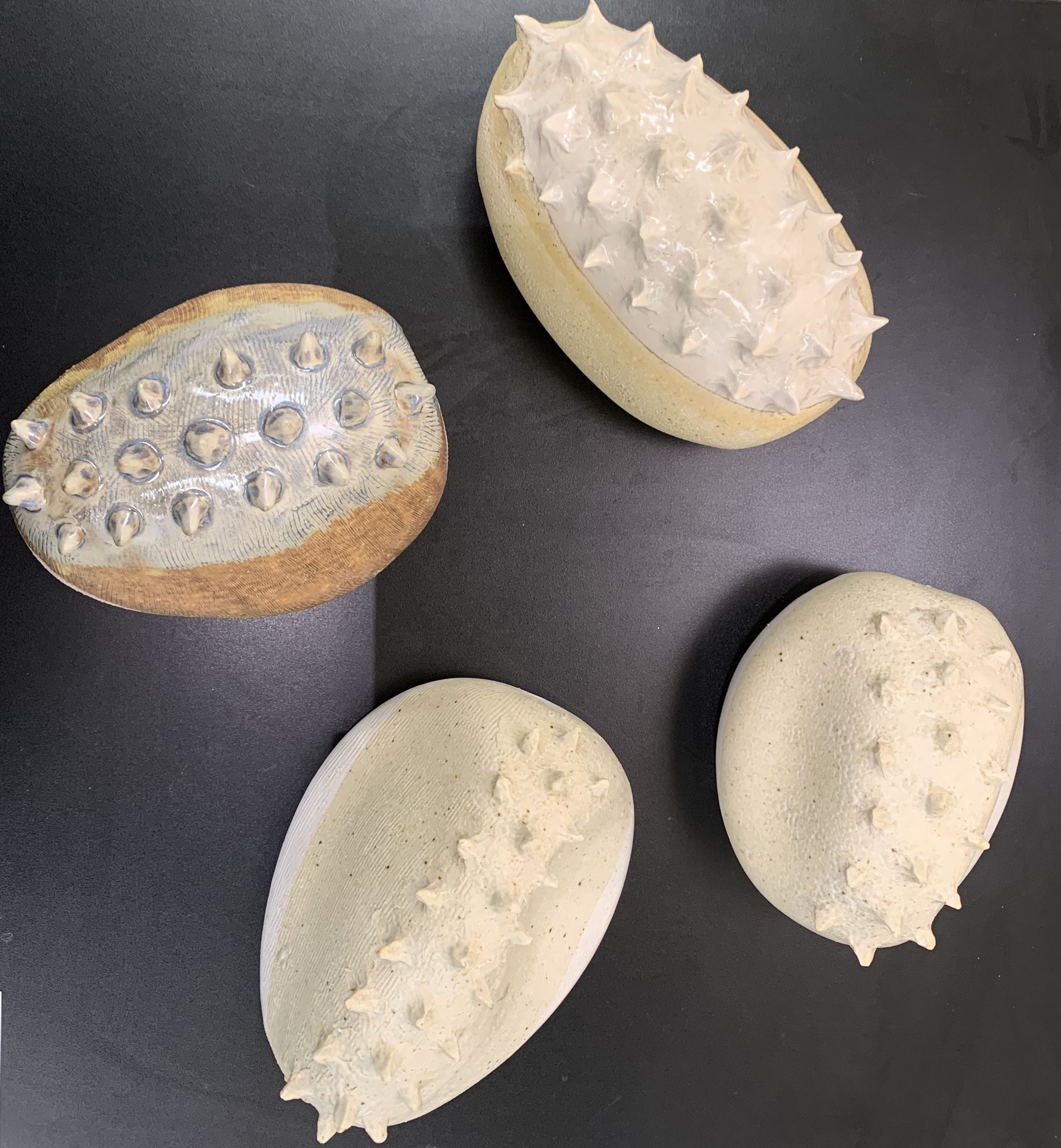 A majority of Bleecker's work consists of wheel thrown porcelain forms based on organic patterns of microscopic and macroscopic organisms. Some are based on seedpods, teeth, pollen, sea animals, squash, and even watermelon, but as the development proceeds, they merge and take on new forms of possible and imaginary organisms. All are hand made, one- of-a-kind pieces, usually done in a series, so there might be some similarity among some pieces, but no two are ever exactly alike.