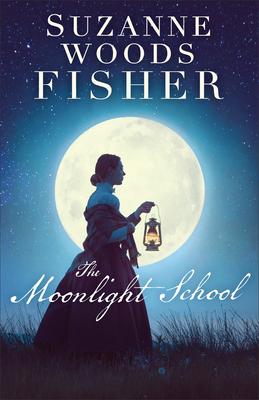 Lucy Wilson has spent her life living with a load of guilt over the disappearance of her baby sister. Because of that, when her father tells her he has made arrangements for her to go live and work with her second cousin Cora Wilson Stewart, who is the county superintendent of education in Rowan County, Kentucky, Lucy doesn't argue, she just goes, hoping she can work for cousin Cora for the summer and then return home.

Cora sees a great need in the hills of Kentucky to teach people to read -- and not just young people.  She sees that many of the adults can't read and it's costing them in many ways and in many cases it is causing them to be taken advantage of.  Cora has an idea to open up the county's school houses in the evenings for the adults.  Most everyone tells her it won't work and that the people won't come.  She forges ahead anyway planning for classes on moonlit nights ... and the people come ... in droves.  This novel is based on a true story, with some additional fictitious characters and storylines thrown in.  It is a very enjoyable read and I really found myself caring about what happened to the characters and really wanting the Moonlight Schools to be a success.